I hope you all had a fab Easter, especially if you were one of the lucky people to have been on a break. No, such luxury for me!! I’ve been working through the break and so haven’t had a chance to craft. No worries, I will definitely be making up for that soon.

I went out into the garden this morning, this is rar

e!! I am supposed to be a gardener, well, that’s what I say to everyone, however, it’s quite depressing to be outside in April and still see snow lingering around. Where are all the flowers they promised I’d get in spring if I planted them in October?? I’m at a bit of a loss as to if I should plant things that I’m supposed to in March, even though it’s April. It’s all very confusing. I can’t even imagine how the birds are feeling.

Anyways, forget the garden, I’ll just end up really confused and frustrated so let’s head back to the craft yard, probably a better bet.

I had been “tidying” the craft yard for the last few days and getting distracted so it probably took a lot longer then it should have. But those distractions weren’t just wasted time as I did come across a lot of things that I had totally forgotten about. Is it just me, or have you ever bought stuff, thinking you haven’t got one only to find an identical “thing” as soon as you go to put your purchase away? I did find a lot duplicates while I was spring cleaning so I’m a lot more organised now, although I still need to sort a lot out. A few of the distractions caused me to make a card or two, so this is what I ended up with. It’s amazing what you can do when your tidying. I found a load of sticky gem stones and a couple of flower dies that I had bought a long time ago. Put these things together with some new items and hey presto. 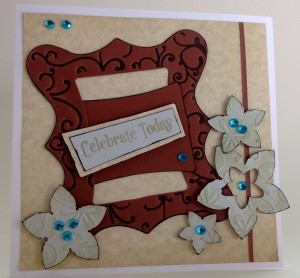 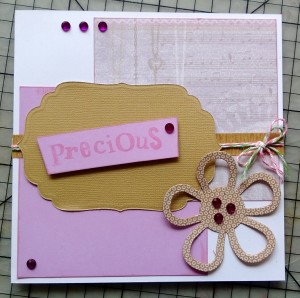 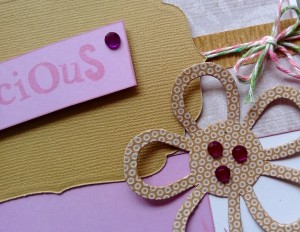 I don’t know about you, but I’ve got such a lot of stuff that I’ve just forgotten about. I think I am going to have to do a bit more “tidying” and see what sort of a reaction the next lot of distractions causes.

If you’ve done the same as me and bought 2, 3 or more of the same thing, let me know and together we can think of some ideas to use it.

Well, until next time

What do you want to find?